The paint scheme follows the same process used for the Basilisk troop albeit on a smaller scale. 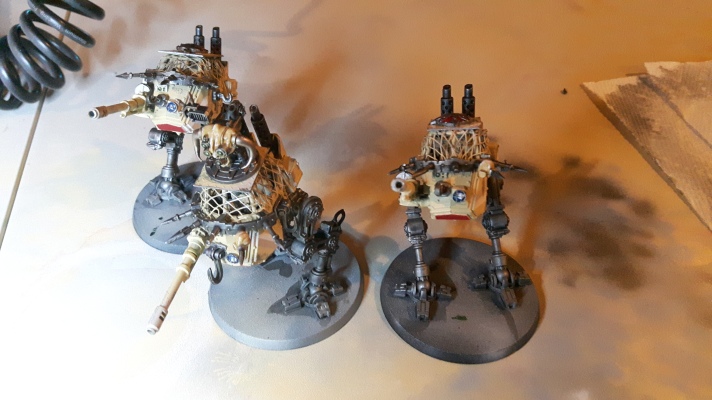 Again these have been collecting dust since the first iteration of Apocalypse. I like the models but simply never got around to them. Ah, the old days where even plastic kits came with metal components; in this case the front ‘headlight’ assembly. Having wished they were initially the armoured variety, metal mesh normally used in sculpture was added to create the ‘safety cage’. 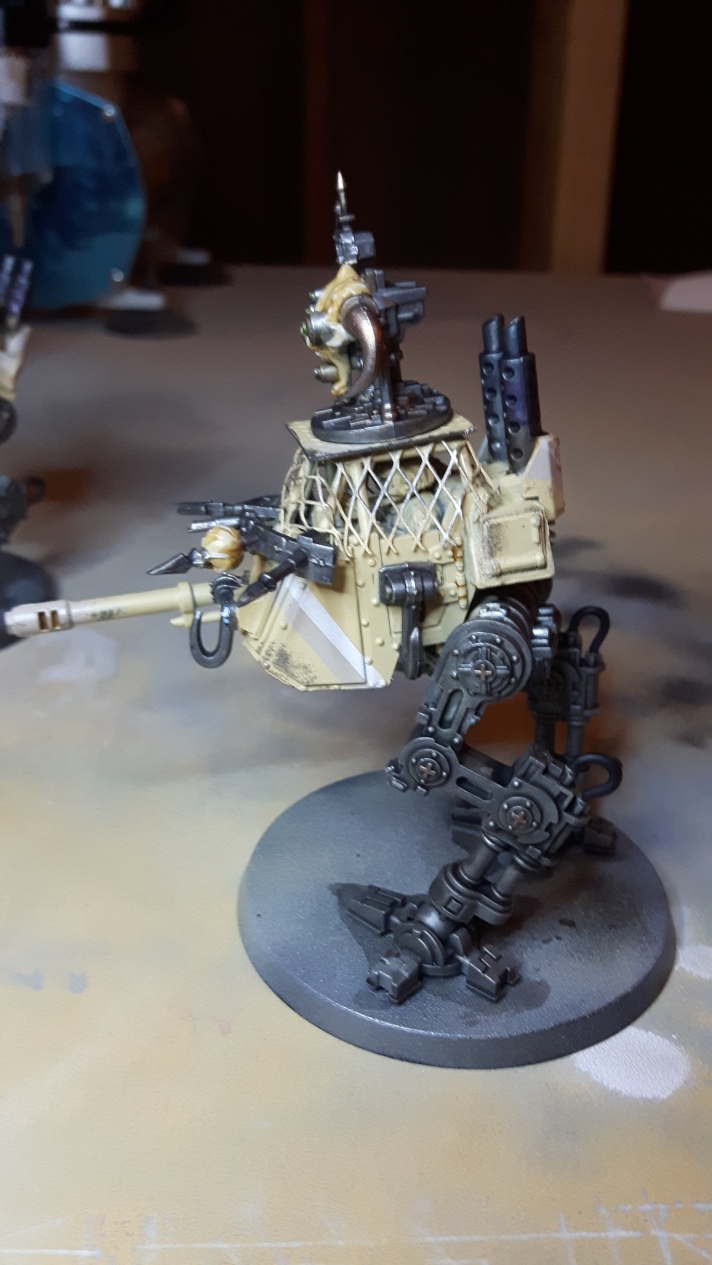 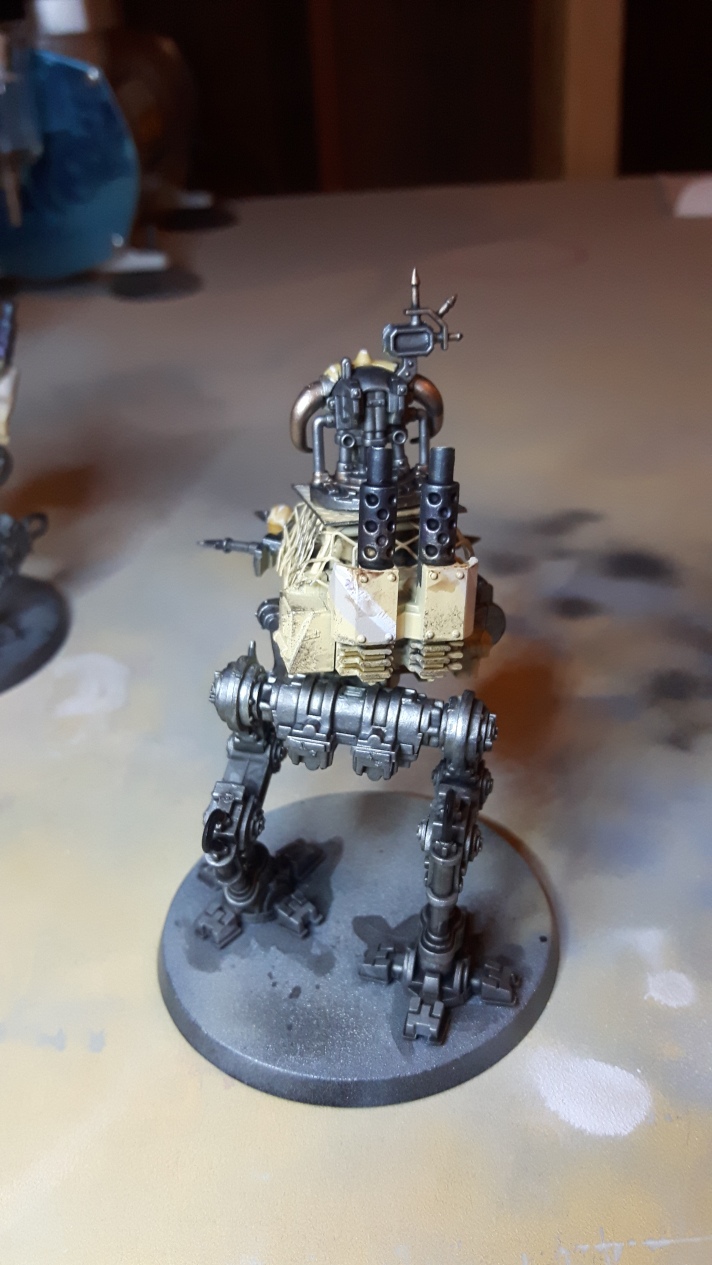 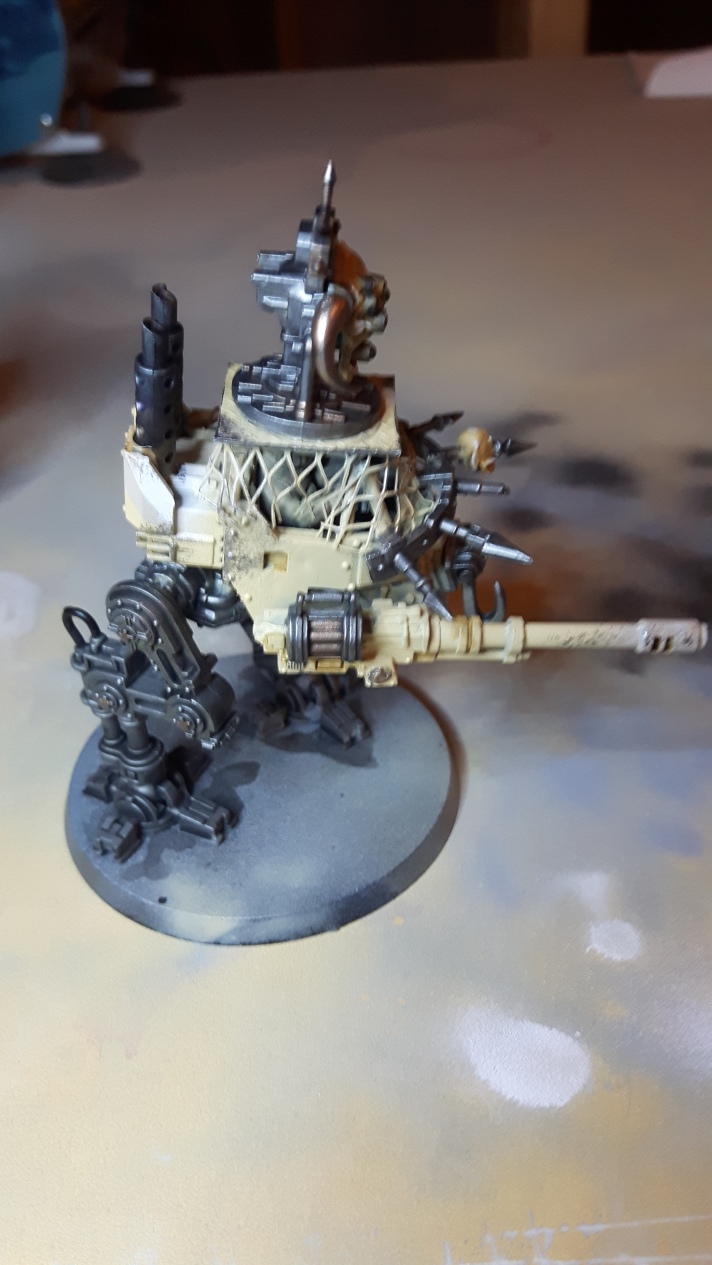 Textured diamond pattern styrene was cut from sheets to add the ‘roof’.

Always thinking the weapons were far to small for the gun-heavy 40K universe, I replaced them with the Autocannons that come with the Astra Militarum Heavy Weapons Squad.

The lead vehicle has the Chaos component of the Command Sprue attached to the roof while the remaining vehicles have shields attached to their roofs care of the Age of Sigmar Chaos Marauders set.

Finally some hooks and spikes were added from the Chaos Rhino sprue. 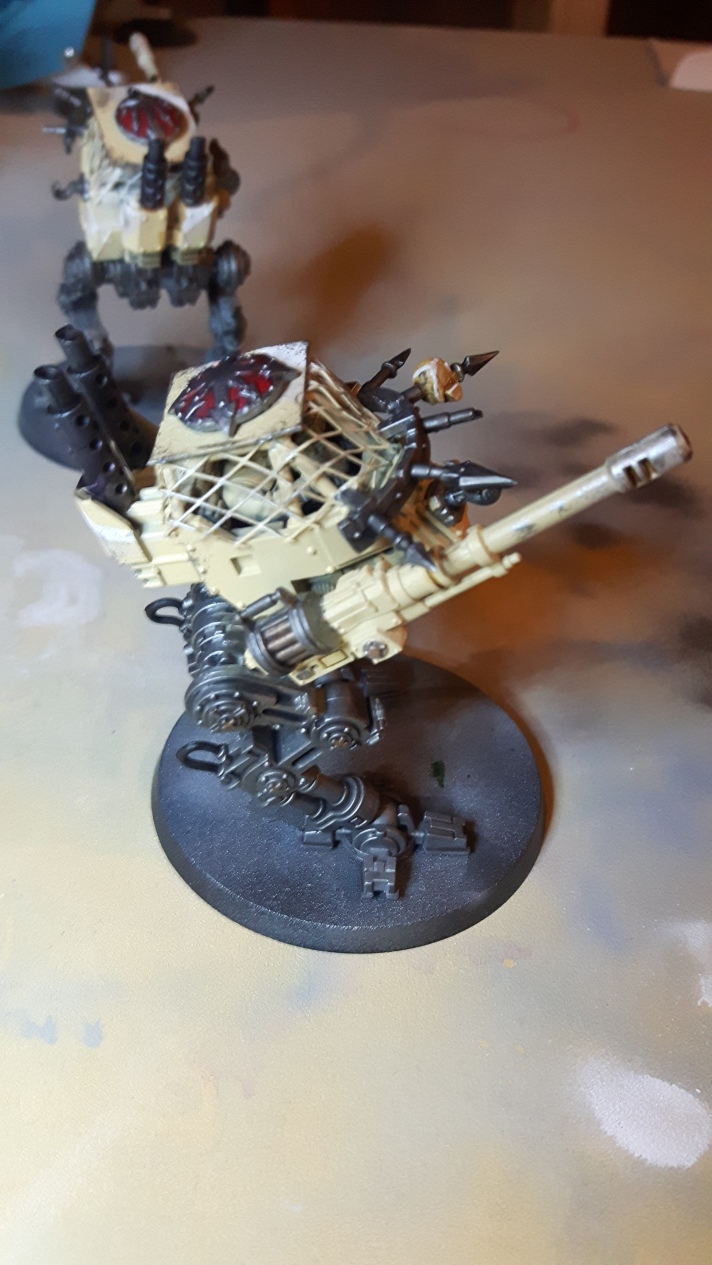 Next up they, along with the Basilisk troop will be mightily weathered befitting the used and abused yet functional nature of this particular Renegade Cohort.