Necromunda: I am the law! Part I

It has indeed been a while but that is not to say it has been idle time.

I present Part I of the Palanite Enforcers.

As a youth I always regretted not getting into the original Necromunda. Even more I regretted not getting the original Enforcers or Arbites. Necromunda never happened for me until recently and Adeptus Arbites were being discontinued as an army by the time I was originally getting into 40K during Second Edition. My only experience for either as a youth were old black and white catalogues filled with models I would never possess.

There is as mentioned some long term ambition in these models. I look for adaptability in my collection. In this particular case, the heavy armour, selection of boltguns and shotguns leads me to one future conclusion… 30K Imperialis Militia Grenadiers!

Yes it is derivative of the Orlock gang but that is intentional. I intend from a narrative standpoint for the Orlock boys to be loosely allied with ‘justice’ and perhaps to even serve as the recruiting pool for future Enforcers.

The colour scheme will be eventually offset when I paint my son’s gang. From the collection he has selected House Delaque. It has only taken decades to find a nearby player. I did however have to create him.

In the meantime, Part II is to come… 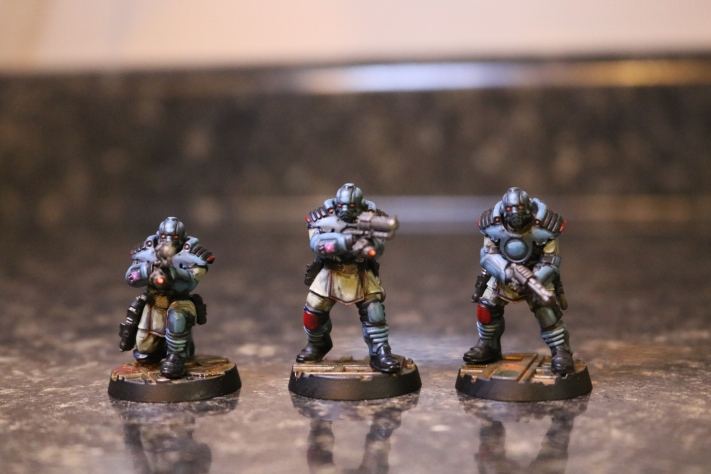 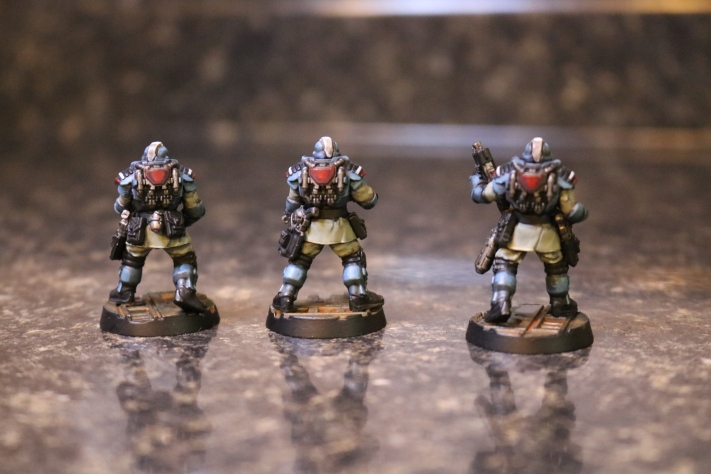 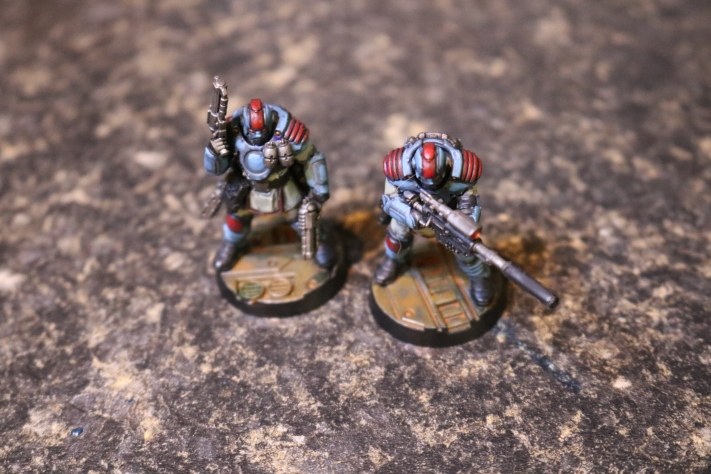 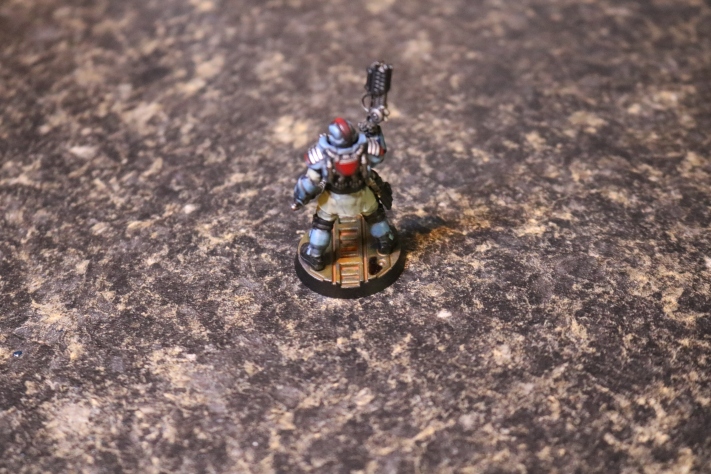